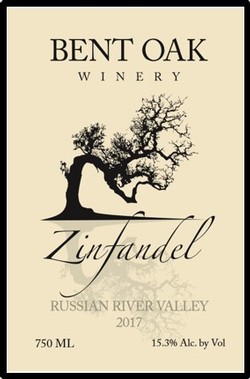 1 In Stock
Be the first to review this item »
Tweet
With parts of the AVA located less than 10 miles from the Pacific, the climate of the Russian River AVA is characterized by cool morning fog that comes in from the ocean through the Petaluma Gap and burns off during the day. The cooling influence of the fog is responsible for the large diurnal temperature variation with nighttime temperatures dropping by as much as 35 to 40 degrees Fahrenheit from daytime highs. The Russian River is a rain-fed waterway that swells in the wintertime and provides vital irrigation to the region’s vineyards during the dry season in late spring. In the summertime, the warmth of the season is tempered by the maritime influence of fog that facilitates a long, slow ripening period and limits the risk of over-ripeness or “baked” flavors in the grapes. Harvest in the Russian River Area often takes place at later dates than in its neighboring regions. The central and western reaches of the AVA are the coolest and tend to be most extensively planted with Pinot Noir, Chardonnay, and Viognier.
Wine Specs
Vintage
2017
Varietal
Zinfandel
Appellation
Russian River
Vineyard Designation
Windsor Oaks Vineyard
Acid
0.62
pH
3.837
Bottling Date
7/17/18
Alcohol %
15.3
Wine Profile
Tasting Notes
Intense dark fruit and pepper flavors that hold hints of leather and smoke.
Awards
Silver-2018 San Francisco International Wine Competition
Winemaker Notes
Our Zinfandel was fermented on the skins for three weeks before pressing to barrels to maximize color and aromatic integration. Our yeast choice for Zinfandel is Rockpile yeast which favors this variety and enhances mouthfeel. We racked the Zinfandel into both new and older French oak barrels to allow the wine to mature and finish in building this fantastic and age-worthy wine.
Food Pairing Notes
Game birds, veal chops, pork chops, spicy red meat dishes.
Production
232 Cases
Product Reviews